Well, duh, I mean, I haven’t established enough of a reputation as a raging bitch to validate that sort of surprise. Just wait until I hit the 20 part Tiger’s Curse rant. That’s going to be a lot of fun. I’m definitely not putting it off.

What are you talking about?

I wanted my first recommendation to be something that just gets me so excited no matter how many times I think about it. You know that movie or show that is so well encapsulated and they bring everything full circle and you can see that there’s not a single wasted shot or wasted beat of the story?

For me that’s something like Mad Max: Fury Road or Code Geass seasons 1 and 2. (Season 3 isn’t out, so it doesn’t exist and neither do the retcons.)

The Waterfire Saga by Jennifer Donnelly is that in book form for me. It’s mag-fucking-nificent. It’s a Disney book so take that into account. In this case, it isn’t a neutering of content, it’s a statement of quality and a guarantee of care. This isn’t just some kids book. This is solidly YA, possibly into NA.

Just LOOK at this cover for the first book. It’s absolutely gorgeous. It speaks to my soul in ways that other books don’t.

And it’s not just the first book. Honestly, if I had to pick a favorite, it’s Rogue Wave, book two in the series. When I first found the series, there were only two books, and it was ultimately book 2 that sold me on buying the first. Rogue Wave is like a stunning tribute to the bi flag. No one can change my mind. 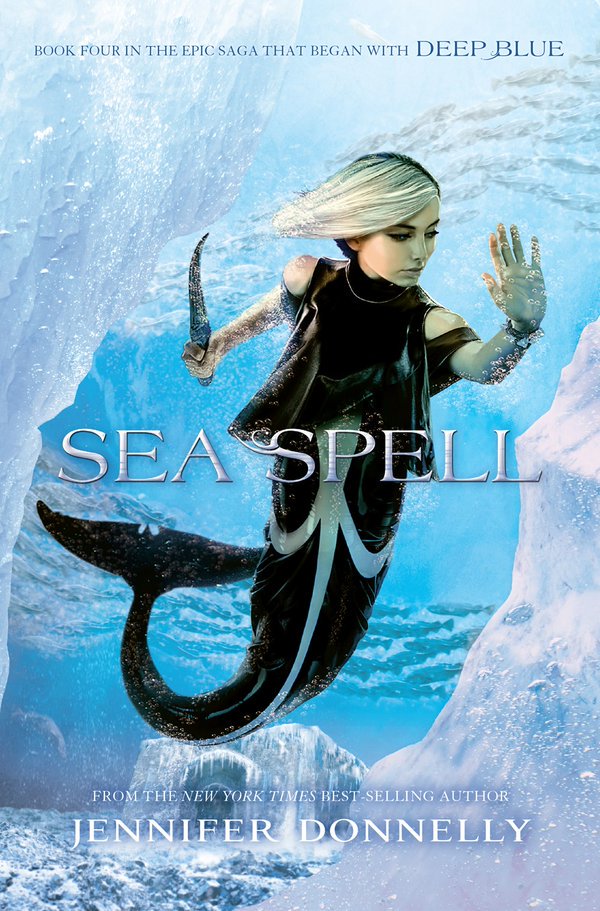 Moving on to content… there are just a few things I love in love with the absolute entirety of my heart.

There are some others, but they’re not entirely relevant.

If that’s not enough to sell you already, let’s move on to the summary.

Deep in the ocean, in a world not so different from our own, live the merpeople. Their communities are spread throughout the oceans, seas, and freshwaters all over the globe.

When Serafina, a mermaid of the Mediterranean Sea, awakens on the morning of her betrothal, her biggest worry should be winning the love of handsome Prince Mahdi. And yet Sera finds herself haunted by strange dreams that foretell the return of an ancient evil. Her dark premonitions are confirmed when an assassin’s arrow poisons Sera’s mother. Now, Serafina must embark on a quest to find the assassin’s master and prevent a war between the Mer nations. Led only by her shadowy dreams, Sera searches for five other mermaid heroines who are scattered across the six seas. Together, they will form an unbreakable bond of sisterhood and uncover a conspiracy that threatens their world’s very existence.

I think it speaks for itself.

Now, in no particular order, things I absolutely love about this book and series.

First, Serafina is Italian and Turkish. Second, she has an Indian love interest, Mahdi. Third, her best friend, Neela, is Indian as well. Characters we meet later who are women of color are Ling who is Chinese and Ava who is Afro-Brazilian.

It’s so hard not to just spoil everything, that’s how excited the book gets me. This series is just…

The whole thing just works so well. You know how the end of series can sometimes be insanely lacking? As a reader/viewer you invest so much time and energy into a series and sometimes it just lets you down? It’s anti-climactic or it just dosn’t make any sense? Or like the author just pulled it out of their ass at the last second?

That’s not how the Waterfire Saga ends.

The seeds for the ending are planted at the very beginning. It gave me god damn chills when I realized what Donnelly was doing and it really didn’t hit me until right before the characters actually enacted their plan in the climax.

There are very few books that I get sucked into. There are fewer books that suck me in so deep that I don’t see the twists coming.

Yeah, I saw a couple coming, but Donnelly  didn’t immediately turn around and confirm my suspicions. In fact, there were more than a few things I was wondering about, but the fast pace of the story kept me moving and started to wonder if I was wrong. There are few instances of instant gratification for plot points. Then sometimes there was misdirection and then it turns out I was ultimately right, but I wasn’t rolling my eyes, I was excited.

The character development in this series… is just impecable. Sera starts as a sort of… weak character but watching her grow up from a girl to a strong and powerful woman was…

There are six main characters it’s definitely not an even mix in terms of perspectives. That is fair, though, because one of them is blind. So I wouldn’t expect to get much of her. That being said, we do still get the other girl’s perspectives. It’s 3rd person so there’s a constant narrator, but I feel as though none of the girls suffer from the dreaded Same Voice, which is a major concern when you have multiple perspectives.

Don’t make me pick a favorite. Honestly, I love them all.

I’m not listing all the girls because part of the fun for me was which girl is one of the group that Sera was looking for.

The world building I just…

Like I said this is a Disney book, so I knew she wouldn’t be able to half-ass her world building. There are elements both familiar and new. I once read somewhere that people don’t care about entirely new things. You hear the word elf and you know what you’re getting into. It is really only one of two things, and nowadays you really only picture the Lord of the Rings elves. The average person hears the word Elezen and unless you play Final Fantasy 14 they don’t necessarily picture an elf-like creature.

The rules of magic are well established and it’s not just changed on a whim to fit the author’s needs. But magic isn’t always the solution.

Honestly, I could go on for hours, but I won’t. Read the Waterfire Saga. This is just one of those series you have to read for yourself. I get giddy just thinking about this series and that is a huge sign of quality for me.

Please read the Waterfire Saga and then come tell me your thoughts!! I love it and I want other people to love it too!!!

I give the entire Waterfire Saga a 10/10

Published by The Queen of DNF

I'm a writer, author, graphic designer, and help run an independent press known as Star Sprout Press. I'm also insanely picky about the books I read. View all posts by The Queen of DNF

2 thoughts on “The Waterfire Saga”

Buy me a coffee!